The structure of federal and state law – both statutory and constitutional – empowers corporations to override local democratic decision-making. The Community Environmental Legal Defense Fund has assisted the first communities in the United States to eliminate corporate “rights” at the municipal level.

Since the early 1800s, corporations have gained rights and protections under the United States Constitution. While we never find the word “corporation” in the Constitution, corporations are able to invoke constitutional “rights” and protections under the Commerce Clause and Contracts Clause, as well as under the First, Fourth, Fifth, Sixth, and Fourteenth Amendments. Corporations use these “rights” to challenge state and local activism, and to chill efforts to fight corporate extraction, corporate landlords or corporate employers. Thanks to the U.S. Supreme Court’s ruling in the Dartmouth case in 1819, “private” business corporations first gained constitutional protection from government interference in internal governance, ostensibly under the Contract Clause of the Constitution. Curiously, the court found no reason to similarly protect municipal corporations, such as towns, boroughs, cities and counties from unilateral state interference.

As an example, the Waste Management Corporation was able to successfully sue the State of Virginia under the Commerce Clause to overturn a state law prohibiting the importation of out-of-state waste, arguing that the law interfered with the flow of commerce. Citing the Fifth Amendment’s “Takings Clause,” the U.S. Supreme Court ruled in Pennsylvania Coal Co. v. Mahon (1922) that coal companies must be compensated for property value lost due to laws protecting homes from mining subsidence. Under the Fourteenth Amendment, corporations are able to claim equal protection under the law and due process rights.

Charters of incorporation, which create corporations, seem to grant special privileges for private wealth, including limited liability protections from legal responsibility for individuals hiding behind the corporate shield, along with the “rights” of “personhood” for the corporations itself. However, these corporate charters do not actually grant rights, but rather they override rights held by the public, by identifying corporations as a specially protected class under the law.

Repression of the Reconstruction Era

At this time, much of the nation’s wealth was held by white oligarchs in private corporations. Partly to protect that wealth from emboldened redistributive movements, corporate “personhood” was invented by the courts, adding a layer of legal protection for overwhelmingly white oligarchic wealth.

In the U.S. Supreme Court’s 2010 decision Citizens United v. FEC, the Court declared that corporate First Amendment “free speech” rights were violated by federal law that limited corporate spending in elections. This decision raised the public’s awareness of corporate personhood. Since then, several groups have begun working to propose amendments to the U.S. Constitution.

We believe that creating the necessary and desired outcomes requires us to focus not on merely reversing the Supreme Court’s latest expansion of corporate “rights,” but on eliminating the basic (and mostly, unquestioned) authority of corporate minorities to override, and interfere with, democratic decision making by local and state majorities. It is the usurpation of community decision-making authority that must be eliminated if we are to have any hope of building truly sustainable and democratic communities.

“An eminent historian has said that the institution of municipal corporations contributed more, perhaps, than any other cause to the emancipation of Europe from the thralldom of feudalism. If we may believe all that the prophets of evil have to say about the condition of local self-government in the United States, the future historian will trace the destruction of liberty in the great republic to the development of those corporations, the original institution which brought light out of darkness.” –James M. Bugbee, Origin and Development of Local Self-Government in England and the United States

“This agitation for home rule is but part of a larger movement. It is more than a cry for charter reform; more even than a revolt against the misuse of the municipality by the legislature. It partakes of a struggle for liberty, and its aim is the enlargement of democracy and a substitution of simpler conditions of government. It is a demand on the part of the people to be trusted, and to be endowed with the privileges of which they have been dispossessed…The state at large can have no more interest in [local] matters than it has in the methods of the corporations which it creates.” –Frederic C. Howe, The City: The Hope of Democracy

The U.S. Supreme Court, in the 1819 decision Board of Trustees of Dartmouth College v. Woodward invented a legal distinction between corporations chartered by states. Ruling that a charter granted to private citizens for personal interests is not a conveyance of privilege from the sovereign (which now meant the People and not the king) to the incorporators, but rather a contract between the state and the incorporators, the Court argued that the state could not change, limit or revoke the charter once issued. To do so would be to violate the Contracts Clause (Article 1, Section 10) of the U.S. Constitution, John Marshall’s court argued.

Henceforth, private business corporations would have an increasing share in American sovereignty. Business corporations gained legal independence from state legislatures as a result of the Dartmouth College case. But this ruling played-out quite differently in terms of public corporations, like municipalities.

Municipal corporations have no incorporators other than the legislature itself, claimed the court. Neither the people living within the jurisdiction of the municipality, nor the local governing officials were recognized as the legal recipients of a charter from the state. In fact, residents living within a municipal jurisdiction were deemed to be mere “tenants” of the municipality. Therefore, although the state legislature could not presume to govern the actions and behavior of a business corporation, once chartered, the state could unilaterally change municipal boundaries, revoke or impose local laws, or even dissolve the municipality unilaterally, according to this long-standing theory of corporate law. It is supported by precedent that has little opportunity to gather dust as it is regularly pulled from the shelves by corporate attorneys and state judges who argue for the sanctity of a legal tradition that denies the fundamental right of people to govern themselves in the places where they live.

I answer not to falsehood or abuse, but proceed to the defects of the English Government. I begin with charters and corporations. 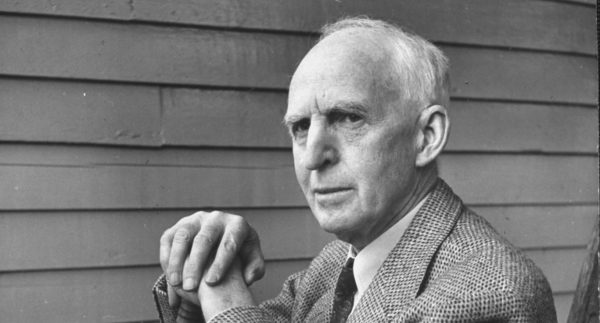 Corporations and Natural Rights By Charles A. Beard

Chapter I, from “Jefferson, Corporations and the Constitution” originally published in The Virginia Quarterly Review, 1936

CELDF’s Model Legal Brief for the Elimination of Corporate “Rights”

History of the Corporate State

Judicial Chronology for the Bestowal of Corporate “Rights”

When Corporations Wield the Constitution